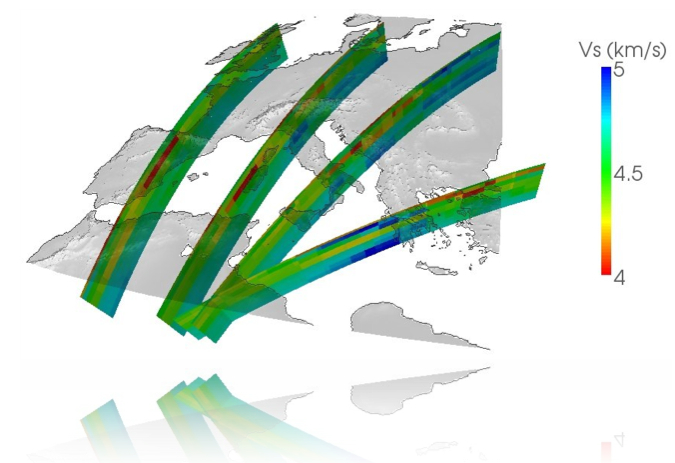 With respect to earthquake simulations, we are able to numerically compute the full seismic wavefield with increasing accuracy. Faster computers solve the forward problem for longer times and higher frequency contents. Numerical computations head towards increasingly complex simulations on new parallel systems. Exploiting these high-performance computations and harnessing their power for seismological purposes is important and fascinates me. 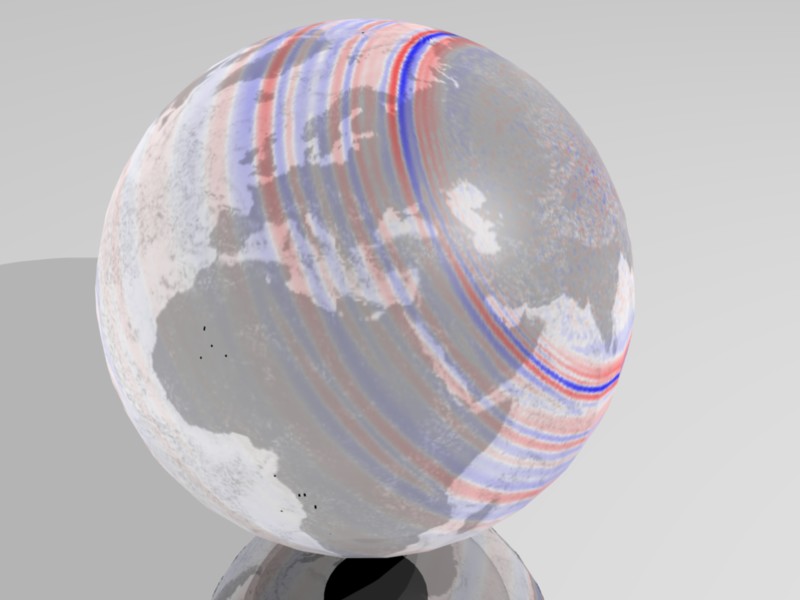 Together with the growing amount of seismic data, my hope is to harness these techniques to better understand the Earth's interior. In order to produce new high-resolution images of Earth's seismic structures, I spent a fair amount of time on code optimizations, enhancing the existing spectral-element packages SPECFEM3D and SPECFEM3D_GLOBE widely used in the seismological community. 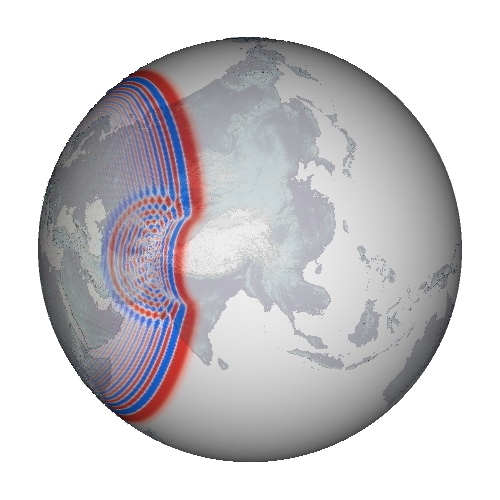 In global seismic tomography, one challenging way to achieve high-resolution images of the Earth's interior is in elaborating more accurate theories. A promising approach seems to be Born theory, a single scattering theory, which becomes most important for seismic surface waves.

I was studying the propagation of surface waves, such as Rayleigh or Love waves at periods between 35 s and 150 s, and their scattering sensitivity. To gain a computational speed-up, reduction to two-dimensions can be done by the surface membrane wave method. Basically, it is wave propagation on a spherical membrane.

You will find some more detailed informations about how to deal with this nice issue on the following pages:
- The finite-differences code for wave propagation on a spherical membrane is available here: Membrane Waves
- The 3-D shear-velocity model of the European-Mediterranean region is available here: Tomography 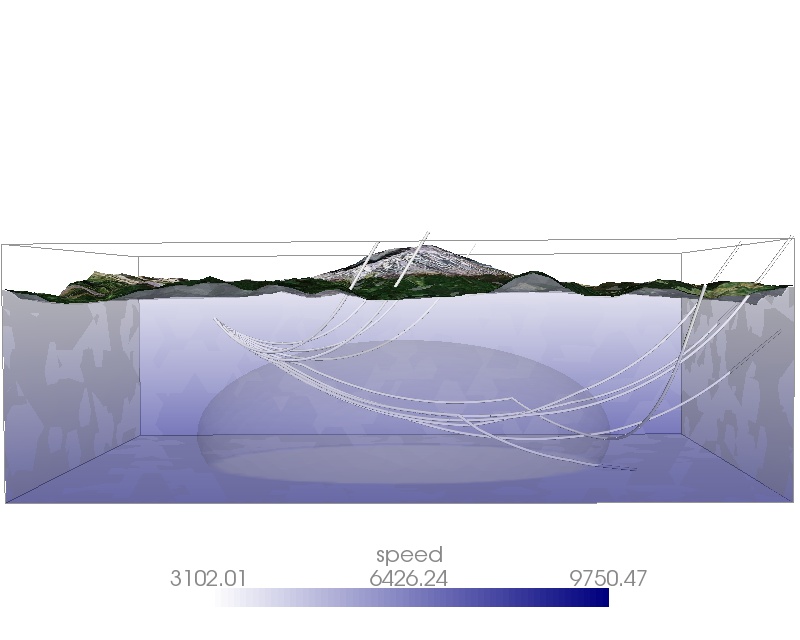 Ray tracing is a nice and intuitive concept from optics. It is exploited in seismology in a variety of ways to get a better understanding of subsurface structures. In order to trace rays through any possible body, I was implementing a finite-element ray tracing algorithm, also known as cell ray tracer. You can find more details on the following pages.